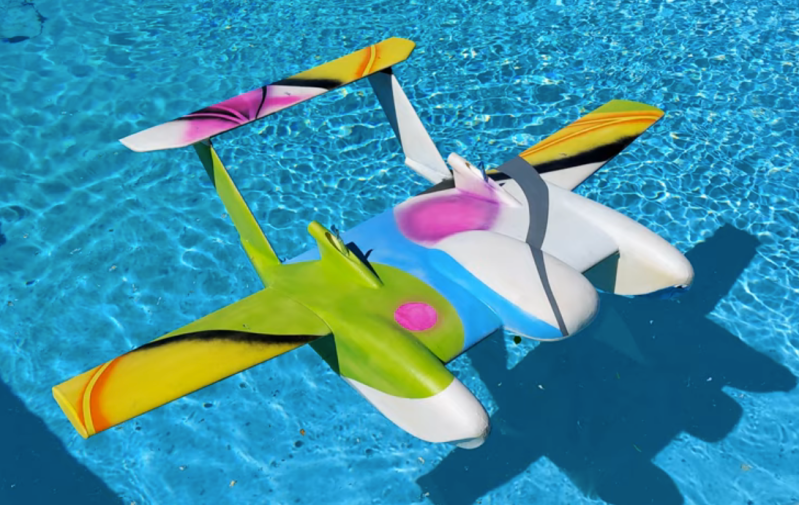 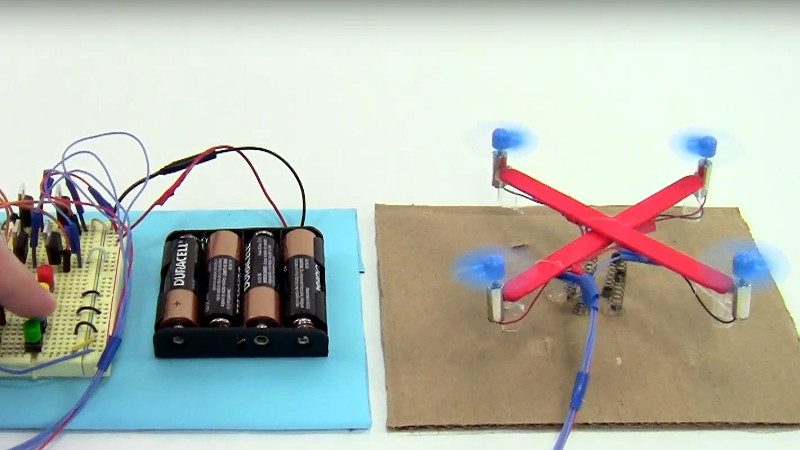 Multirotors, or drones as they’re popularly called, are so ubiquitous as to have become a $10 toy. They’re no less fun to fly for it though, and learning how they work is no less fascinating. It’s something [Science Buddies] has addressed in a series of videos examining them from first principles. They may be aimed at youngsters, but they’re still an entertaining enough watch for those of advancing years.

Instead of starting with a multirotor control board, the video takes four little DC motors and two popsicle sticks to make a rudimentary drone frame. Then with the help of dowels and springs it tethers the craft as the control mechanisms are explained bit by bit, from simple on-off motor control through proportional control to adding an Arduino and following through to how a multirotor stays in flight. It’s instructional and fun to watch, and maybe even for some of us, a chance to learn something.

We’ve had multirotor projects aplenty here over the years, but how about something completely different made from popsicle sticks?

How To Time Drone Races Without Transponders

Drone racing is nifty as heck, and a need all races share is a way to track lap times. One way to do it is to use transponders attached to each racer, and use a receiver unit of some kind to clock them as they pass by. People have rolled their own transponder designs with some success, but the next step is ditching add-on transponders entirely, and that’s exactly what the Delta 5 Race Timer project does.

The open-sourced design has a clever approach. In drone racing, each aircraft is remotely piloted over a wireless video link. Since every drone in a race already requires a video transmitter and its own channel on which to broadcast, the idea is to use the video signal as the transponder. As a result, no external hardware needs to be added to the aircraft. The tradeoff is that using the video signal in this way is trickier than a purpose-made transponder, but the hardware to do it is economical, accessible, and the design is well documented on GitHub.

The hardware consists of RX508 video receiver PCBs modified slightly to enable them to communicate over SPI. Each RX508 is attached to its own Arduino, which takes care of low-level communications. The Arduinos are themselves connected to a Raspberry Pi over I2C, allowing the Pi high-level control over the receivers while it serves up a web-enabled user interface. As a bonus, the Pi can do much more than simply act as a fancy stopwatch. The races themselves can be entirely organized and run through the web interface. The system is useful enough that other projects using its framework have popped up, such as the RotorHazard project by [PropWashed] which uses the same hardware design.

While rolling one’s own transponders is a good solution for getting your race on, using the video transmission signal to avoid transponders entirely is super clever. The fact that it can be done with inexpensive, off the shelf hardware is just icing on the cake. 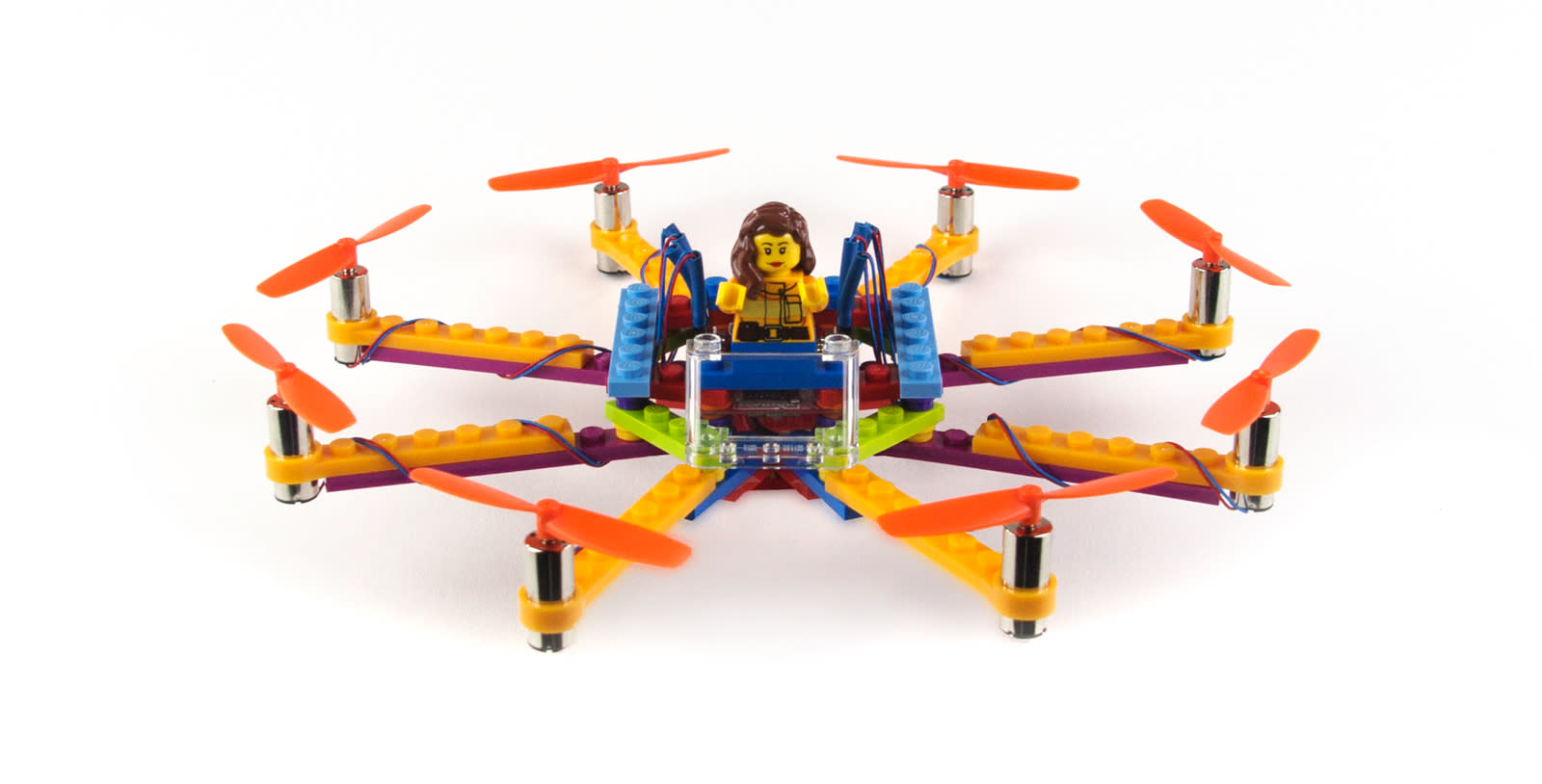 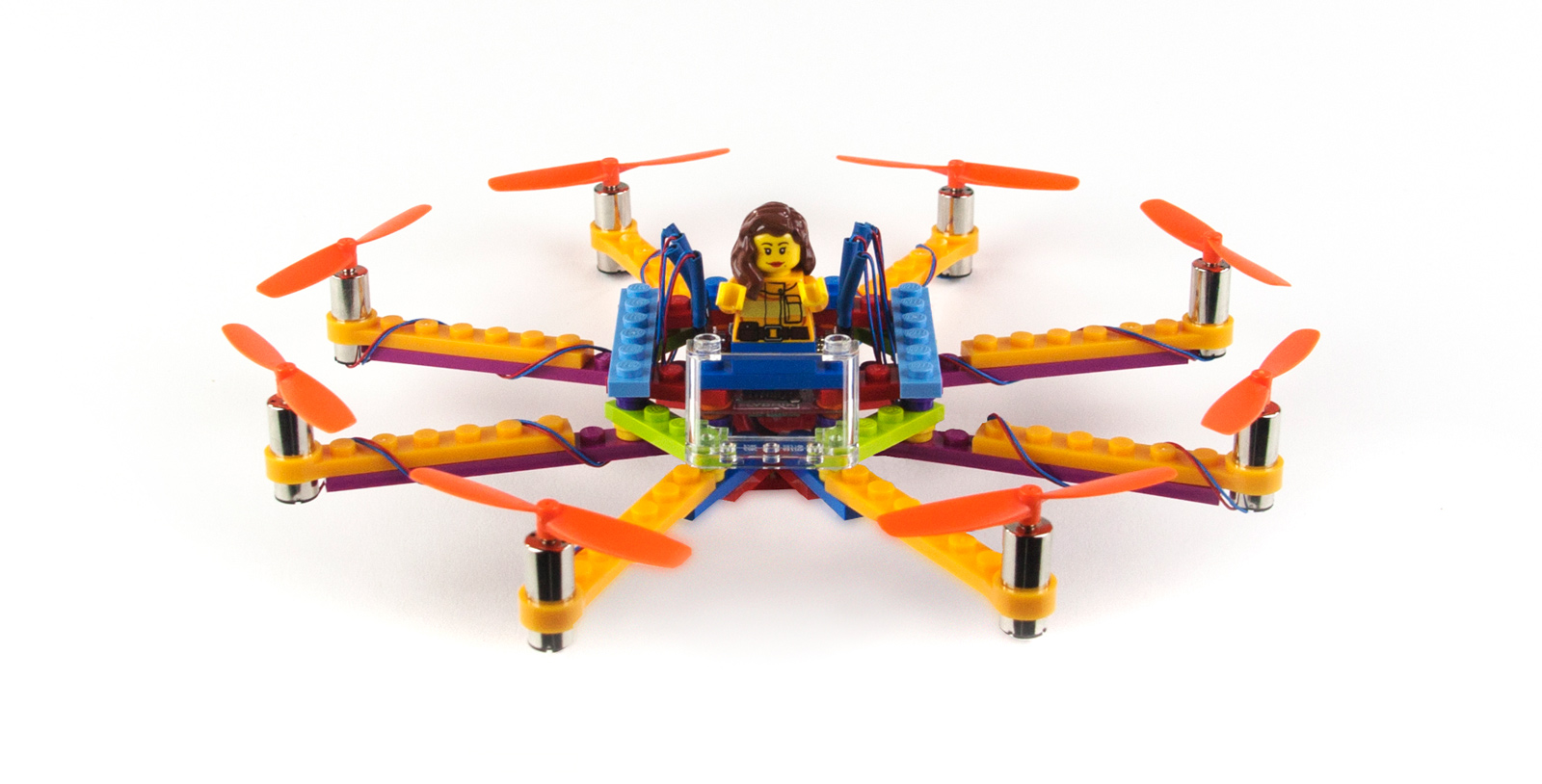 Flying a drone usually leads to–sooner or later–crashing a drone. If you are lucky, you’ll see where it crashes and it won’t be out of reach. If you aren’t lucky, you’ll know where it is, but it will be too high to easily reach. The worst case is when it just falls out of the sky and you aren’t entirely sure where. [Just4funmedia] faced this problem and decided to use some piezo buzzers and an Arduino to solve it.

Yeah, yeah, we know. You don’t really need an Arduino to do this, although it does make it easy to add some flexibility. You can pick two tones that are easy to hear and turn on the buzzers with a spare channel or sense a loss of signal or power.

The device has its own battery so it will work even if the drone’s power depletes. Apparently, the 9V battery will run the whole thing for over 20 hours. Pulsing the audio would probably push that number even higher. Of course, the downside is the drone has to carry the extra weight, but if you recover an otherwise lost drone, that might be a small price to pay.

This might be more practical than a calculus-based approach. Maybe like a tightrope walker, you’d rather use a net. 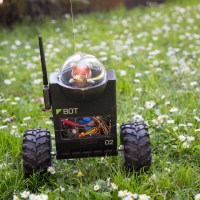 Codebender is a web-based tool that allows you to code and program an Arduino. The Chromebook is a web-based laptop that is popular with a few schools. Now you can uses Codebender on a Chromebook. You might need to update your Chromebook to v42, and there’s a slight bug in the USB programmers, but that should be fixed in a month or so.

Here’s a great way to waste five minutes. It’s called agar.io. It’s a multiplayer online game where you’re a cell, you eat dots that are smaller than you, and bigger cells (other players) can eat you. [Morris] found the missing feature: being able to find the IP of a server so you can play with your friends. This feature is now implemented in a browser script. Here’s the repo.

The FAA currently deciding the fate of unmanned aerial vehicles and systems, and we’re going to live with any screwup they make for the next 50 years. It would be nice if all UAV operators, drone pilots, and everyone involved with flying robots could get together and hash out what the ideal rules would be. That’s happening in late July thanks to the Silicon Valley Chapter of AUVSI (Association for Unmanned Vehicle Systems International).

SOLAR ROADWAYS!! Al Jazeera is reporting a project in the Netherlands that puts solar cells in a road. It’s just a bike path, it’s only 70 meters long, and it can support at least 12 tonnes (in the form of a ‘fire brigade truck’). There’s no plans for the truly dumb solar roadways stuff – heating the roads, or having lanes with LEDs. We’re desperately seeking more information on this one.

Controlling a Quadcopter with Gestures

[grassjelly] has been hard at work building a wearable device that uses gestures to control quadcopter motion. The goal of the project is to design a controller that allows the user to intuitively control the motion of a quadcopter. Based on the demonstration video below, we’d say they hit the nail on the head. The controller runs off an Arduino Pro Mini-5v powered by two small coin cell batteries. It contains an accelerometer and an ultrasonic distance sensor.

The controller allows the quadcopter to mimic the orientation of the user’s hand. The user holds their hand out in front of them, parallel to the floor. When the hand is tilted in any direction, the quadcopter copies the motion and will tilt the same way. The amount of pitch and roll is limited by software, likely preventing the user from over-correcting and crashing the machine. The user can also raise or lower their hand to control the altitude of the copter.

[grassjelly] has made all of the code and schematics available via github.