Preview the Debugger feature for the Arduino Pro IDE

We’ve released the first prototype of one of the most requested Arduino Pro IDE features: the Arduino Debugger

You can try the Arduino Debugger as a feature of the latest Alpha preview version for the Arduino Pro IDE; more details like tutorials etc will follow on soon!

Today, we are excited to announce the arrival of the Arduino IDE 1.8.12.

Wow! Another release just after two weeks, you ask?

Well, we fixed some serious bugs related to the compiler, and more importantly, we had to take a step back with respect to the transition to the new Java Virtual Machine from OpenJDK. Since we had received so many reports from our users, we decided to do a release with the old JVM in order to have a bit more time to properly handle those issues and at the same time guarantee a better experience to our users.

As usual, if you are curious, you can find the full changelog and contributors in the release notes here.

Our dev team has some more exciting news to share: Arduino Pro IDE v0.0.4-alpha has been released.

We’re excited to announce that Arduino IDE 1.8.11 is here!

In addition to the usual load of bugfixes and small improvements under the hood, the latest version includes:

As always, we must thank our amazing community for their incredible support and contributions. The complete list of changes and contributors can be found in the full changelog.

Last weekend we announced that we’re working on the new Arduino Pro IDE and we got a huge response! Let’s take a deeper look at what is in store.

Here are the choices you have to develop code from Arduino today — some you might know, others you might not — and how they paved the way for a brand new IDE.

The quickest way to get started developing for Arduino today.

A simple, modern web app version of the Arduino IDE — with boards and libraries available without needing an install. Just open your web browser, head to create.arduino.cc/editor to get started.

In the creation of the new Arduino Pro IDE, we chose to build on the Theia framework. As Theia is based on Electron, using web technologies, it allows us to unify the front-end development work and user experience between the web-based Arduino Create and the Arduino Pro IDE desktop application. Magic!

Designed for power users; everything you need from the command line.

Arduino CLI is a single binary command line solution that provides builder, boards/library manager, uploader, discovery and many other tools needed to use any Arduino compatible board and platforms. You can include this in Makefiles or use it to add Arduino support to whatever development flow you prefer. Whether you use Atom, Eclipse, Emacs, Vim, VSCode, or are even building your own tools, Arduino CLI makes this possible. You can try it today at arduino-cli.

Arduino CLI is already hard at work in the backend of Arduino Create enabling day-to-day development for over one million users. The daemon mode support and gRPC interface means the User Interface doesn’t even need to be running on the same machine as the Arduino CLI — this opens the potential for remote build and deploy to Linux machines such as Raspberry Pi. Third party boards are also supported today through a configuration file. The backend of Arduino Pro IDE is also based on Arduino CLI, naturally.

We felt it was very important to maintain continuity with this look and feel in the Arduino Pro IDE. For this reason it has a mode identical to the classic Arduino IDE that millions of you are familiar with — the difference being if you want advanced mode, you have that too!

Which brings us the upcoming Arduino Pro IDE! This is a product still in development, but we’ve opened up the alpha binary so early users can try it out and give feedback – the source code will be released at a later date. Because it is not yet ready for production release you must expect bugs and unimplemented features. (If you just want to get your Arduino project running, we’d recommend Arduino Create or the classic Arduino IDE for now.)

However, if you want to be the first to try it and give us feedback to help shape the product as we develop it, please give it a try! The preview is already available for Windows, Linux and Mac OSX.

That’s all for now

We’ve been working to improve our tools and give the community choices that fit their way of working – be that web-based, desktop application or command-line. The Arduino Pro IDE builds on these to bring something new — we’re excited to share the alpha preview with you and look forward to your feedback!

The hugely popular Arduino IDE software is easy-to-use for beginners, yet flexible enough for advanced users. Millions of you have used it as your everyday tool to program projects and applications. We’ve listened to your feedback though, and it’s time for a new enhanced version with features to appeal to the more advanced developers amongst you.

We are very excited to be releasing an “alpha” version of a completely new Development Environment for Arduino, the Arduino Pro IDE.

The main features in this initial alpha release of the new Pro IDE are:

But the new architecture opens the door to features that the Arduino community have been requesting like these that will be following on soon:

The new Arduino Pro IDE is based on the latest technologies as follows:

Available in Windows, Mac OSX and Linux64 versions; we need your help in improving the product. Before releasing the source code to move out of the alpha, we would greatly appreciate your feedback. Like all things in the Arduino community, we grow and develop together through your valued contributions. Please test the Arduino Pro IDE to it’s breaking point, we want to hear all the good and bad things you find. We’re open to recommendations for additional features, as well as hearing about any bugs you may find – there’s bound to be a few as it is an alpha version afterall!

So give it a go and let us know of any feature requests or bugs at: https://github.com/arduino/arduino-pro-ide/issues

For those of you who love and cherish the classic Arduino IDE, don’t worry it will continue to be available forever.

Arduino 1.8.10 has been released with improved accessibility

Today we are releasing IDE 1.8.10 and you should try it because it’s awesome! With the support of our incredible community, we’ve been improving a lot of (small and not so small) things.

Besides taking a look at the complete changelog, we’d like to point out one outstanding contribution that we received during this dev cycle.

Our friend Joe Wegner from APH reached out to us with a very clear plan on how to improve the IDE’s accessibility with some very convenient patches. With the help of co-founder Tom Igoe and ITP alumnus and research resident Jim Schmitz, we’ve started targeting some of the most problematic components that used to interact badly with screen readers (popups, links, lists not entirely navigable by keyboard) while also adding a plethora of accessibility descriptions to components that were basically hidden for blind and visually impaired users.

To keep things clean, Wegner added a checkbox under Preference panel to enable some particular optimizations for screen readers (like transforming links into buttons so they can be reached using the TAB key).

We hope it is the start of a lasting collaboration to make Arduino truly available for everyone willing to learn and hack with us.

The holidays are over and we’re back at work, so it’s time to clean up the house. To get ready for autumn, our amazing dev team has decided to devote an entire week to resolve as many of the open issues on the Arduino IDE repository and related projects (cores, libraries, etc.) as possible.

Starting this Monday, the dev team will be going through the open issue log — analyzing requests, fixing them where immediately possible, and in some cases, reaching out to the original submitter to establish if they are still seeing an issue or if it can be closed out. If you do receive such a notification in your GitHub account (with a subject starting with [arduino/Arduino] …), please help us help you by responding accordingly.

Big thanks to all of you who’ve contributed in the past and continue to submit the issues you find within the Arduino IDE for resolution. We appreciate your support and acknowledge your patience while waiting for them to be fixed.

Let’s watch that open issue counter fall by the day! 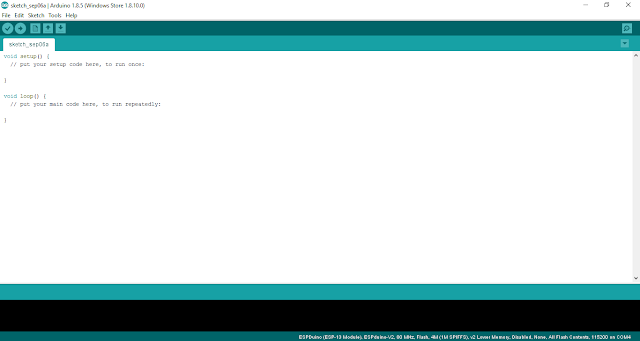 Looking for an Arduino IDE alternative?
Please see my list of 25+ IDEs that you can use to program your Arduino.
From command line to visual drag-and-drop interfaces, you are sure to find an IDE that suits your programming style.
I will keep updating that page as I find new alternatives, so please make sure to bookmark it, and return from time to time.
Click here for the list of Arduino IDE Alternatives  <<<<<
ScottC 07 Sep 01:06
alternatives  arduino  ide

Looking for an Arduino IDE alternative?
Please see my list of 25+ IDEs that you can use to program your Arduino.
From command line to visual drag-and-drop interfaces, you are sure to find an IDE that suits your programming style.
I will keep updating that page as I find new alternatives, so please make sure to bookmark it, and return from time to time.
Click here for the list of Arduino IDE Alternatives  <<<<<
ScottC 07 Sep 01:06
alternatives  arduino  ide
Posts 1—10 from 59 Earlier >