Kickstarter and its ilk seem like the Wild West when it comes to claims of being “The world’s most (Insert feature here) device!” It does add something special when you can truly say you have the world record for a device though, and [MellBell Electronics] are currently running a Kickstarter claiming the worlds smallest Arduino compatible board called Pico.

We don’t want to knock them too much, they seem like a legit Kickstarter campaign who have at time of writing doubled their goal, but after watching their promo video, checking out their Kickstarter, and around a couple of minutes research, their claim of being the world’s smallest Arduino-compatible board seems to have been debunked. The Pico measures in at an impressive 0.6 in. x 0.6 in. with a total area of 0.36 sq.in. which is nothing to be sniffed at, but the Nanite 85 which we wrote up back in 2014 measures up at around 0.4 in. x  0.7in. with a total area of around 0.28 sq.in.. In this post-fact, fake news world we live in, does it really matter? Are we splitting hairs? Or are the Pico team a little fast and loose with facts and the truth?

There may be smaller Arduino compatible boards out there, and this is just a case study between these two. We think when it comes to making bold claims like “worlds smallest” or something similar perhaps performing a simple Google search just to be sure may be an idea.

This Model Parisian Building Is Actually a Binary Clock

Four creators fixed an Arduino powered LED binary clock inside a wooden model of a Parisian building to create a fancy addition to any home.

The post This Model Parisian Building Is Actually a Binary Clock appeared first on Make: DIY Projects and Ideas for Makers. 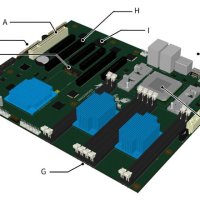 A fully open source, Arduino-compatible microcontoller based on the RISC-V architecture.

One Dollar Board Targets Students

The Raspberry Pi was made to be inexpensive with an eye toward putting them into schools. But what about programs targeted at teaching embedded programming? There are plenty of fiscally-starved schools all over the world, and it isn’t uncommon for teachers to buy supplies out of their own pockets. What could you do with a board that cost just one dollar?

That’s the idea behind the team promoting the “One Dollar Board” (we don’t know why they didn’t call it a buck board). The idea is to produce a Creative Commons design for a simple microcontroller board that only costs a dollar. You can see a video about the project, below.

Despite being licensed under Creative Commons, there isn’t much detail available that we could find. It appears the board uses an 8 pin Atmel CPU (and the FAQ indicates that the board will use the Arduino IDE). We’re guessing that it’s essentially a Digispark / Adafruit Trinket / ATtiny85 with V-USB installed.

If it is an ATTtiny85-based design, two of those “GPIO” pins will be eaten up by the USB programmer, and maybe two more by the indicator LEDs. And some of that 8 kB of flash is consumed by the bootloader. In short, it’s not going to be able to do everything all at once. Still, it could be just the thing for getting your feet wet.

But the real story is the price. The dollar price tag doesn’t include shipping or taxes, of course, but even getting the price down that low is impressive. Time will tell if the market has an appetite for a dollar board. If we had to guess, the real value will be in ready-made course material.

There are plenty of educational boards out there, but few (if any) cost a buck. 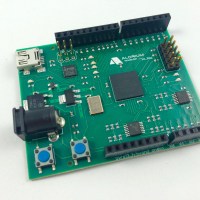 The XLR8 is an FPGA based board that looks and feels like an Arduino Uno. But not all is what it seems on the surface. 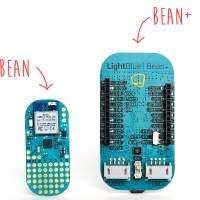 Today Punch Through Design launched a Kickstarter campaign for their new Bluetooth LE Arduino-compatible microcontroller board the Bean+.

Codebender is a web-based tool that allows you to code and program an Arduino. The Chromebook is a web-based laptop that is popular with a few schools. Now you can uses Codebender on a Chromebook. You might need to update your Chromebook to v42, and there’s a slight bug in the USB programmers, but that should be fixed in a month or so.

Here’s a great way to waste five minutes. It’s called agar.io. It’s a multiplayer online game where you’re a cell, you eat dots that are smaller than you, and bigger cells (other players) can eat you. [Morris] found the missing feature: being able to find the IP of a server so you can play with your friends. This feature is now implemented in a browser script. Here’s the repo.

The FAA currently deciding the fate of unmanned aerial vehicles and systems, and we’re going to live with any screwup they make for the next 50 years. It would be nice if all UAV operators, drone pilots, and everyone involved with flying robots could get together and hash out what the ideal rules would be. That’s happening in late July thanks to the Silicon Valley Chapter of AUVSI (Association for Unmanned Vehicle Systems International).

SOLAR ROADWAYS!! Al Jazeera is reporting a project in the Netherlands that puts solar cells in a road. It’s just a bike path, it’s only 70 meters long, and it can support at least 12 tonnes (in the form of a ‘fire brigade truck’). There’s no plans for the truly dumb solar roadways stuff – heating the roads, or having lanes with LEDs. We’re desperately seeking more information on this one.

For $19, this USB stick turns almost anything into a button 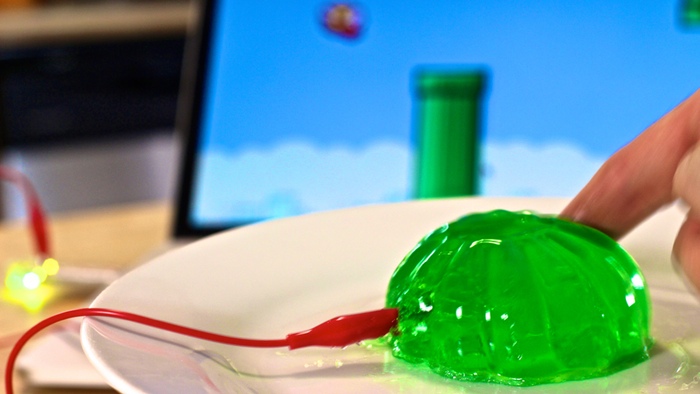 Makey Makey Go is a super-cheap invention kit. For $19, you get a USB stick and an alligator clip; use the two in tandem and you can turn (almost) anything into a keyboard or mouse button. Examples of potential uses include a Slip'N Slide that takes a photo as you zoom past, a donut spacebar, a dog bed that initiates a Skype call and a foil sword game that counts the number of times you hit an opponent. If you have an idea that requires more than one button, you just plug in another stick.

For $19, this USB stick turns almost anything into a button 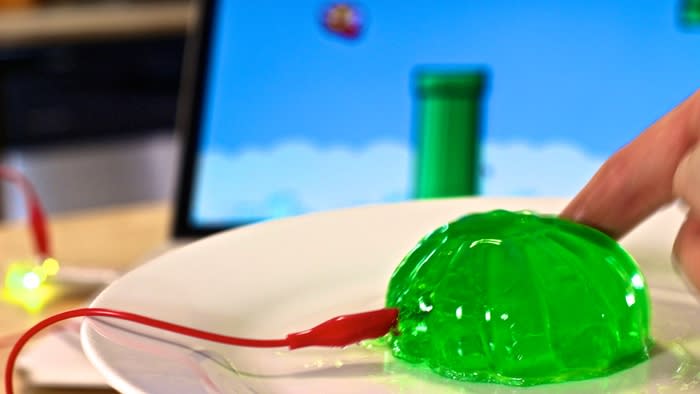 Makey Makey Go is a super-cheap invention kit. For $19, you get a USB stick and an alligator clip; use the two in tandem and you can turn (almost) anything into a keyboard or mouse button. Examples of potential uses include a Slip'N Slide that takes a photo as you zoom past, a donut spacebar, a dog bed that initiates a Skype call and a foil sword game that counts the number of times you hit an opponent. If you have an idea that requires more than one button, you just plug in another stick.