Gesture recognition and machine learning are getting a lot of air time these days, as people understand them more and begin to develop methods to implement them on many different platforms. Of course this allows easier access to people who can make use of the new tools beyond strictly academic or business environments. For example, rollerblading down the streets of Atlanta with a gesture-recognizing, streaming TV that [nate.damen] wears over his head.

He’s known as [atltvhead] and the TV he wears has a functional LED screen on the front. The whole setup reminds us a little of Deep Thought. The screen can display various animations which are controlled through Twitch chat as he streams his journeys around town. He wanted to add a little more interaction to the animations though and simplify his user interface, so he set up a gesture-sensing sleeve which can augment the animations based on how he’s moving his arm. He uses an Arduino in the arm sensor as well as a Raspberry Pi in the backpack to tie it all together, and he goes deep in the weeds explaining how to use Tensorflow to recognize the gestures. The video linked below shows a lot of his training runs for the machine learning system he used as well.

[nate.damen] didn’t stop at the cheerful TV head either. He also wears a backpack that displays uplifting messages to people as he passes them by on his rollerblades, not wanting to leave out those who don’t get to see him coming. We think this is a great uplifting project, and the amount of work that went into getting the gesture recognition machine learning algorithm right is impressive on its own. If you’re new to Tensorflow, though, we have featured some projects that can do reliable object recognition using little more than a Raspberry Pi and a camera.

The HackadayPrize2020 is Sponsored by:

Last night Massimo Banzi was Guest Judge on Intel  America’s Greatest Maker - episode 4 and had the difficult task of evaluating the teams and their projects competing in the Make or Break rounds for $100,000 and a spot in the million dollar finale. 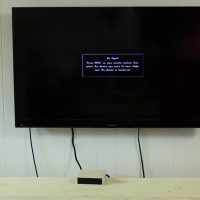 An Arduino Uno appeared at The Tonight Show thanks to a project called Wildfire Warning System created by a 14 years old girl from California. Take a look at the video to discover how  you can detect fires  using a gas sensor and a temperature sensor.

And guess what? Jimmy Fallon knows what an Arduino is! Watch the video: Go to the Milwaukee Maker Faire and Solve the Laser Maze

If you want to channel your inner Catherine Zeta-Jones and give it a shot yourself, take a crack at the Laser Maze. When The Norwegian Broadcasting (NRK) planned the television broadcast of the Chess Olympiad 2014 in Tromsø, Norway, they encountered a challenge: how to mix video, graphics and the results of many ongoing chess games simultaneously, requiring 16 cameras for the games going on at the same time?

On their blog you can find a long and nice post about how they found the solution using Arduino Uno, Arduino Ethernet Shield and the library for Arduino to control such Atem switchers written by Kasper Skårhøj:

At first, the idea was to use a computer with a webcam for each of the 16 games, then mix video images, background animation and results in software on each of them.

Afterwards the finished mix of images would be streamed to separate channels in our web player, so that the online audience would be able to choose which game they wanted to follow. This solution would also provide our outside broadcasting van (OB van) with 16 finished video sources composed of video, graphics and results. This would make the complex job of mixing all video signals much easier.

After thorough thinking we came to the conclusion that for our web-audience, it would be better to skip the stream of individual games, and spend our resources on building websites that could present all games in the championship via HTML in real time. This would also give the audience the opportunity to scroll back and forth in the moves and recall all the previous games in the championship. We started working on it immediately, and you can find the result on our website nrk.no/sjakk. 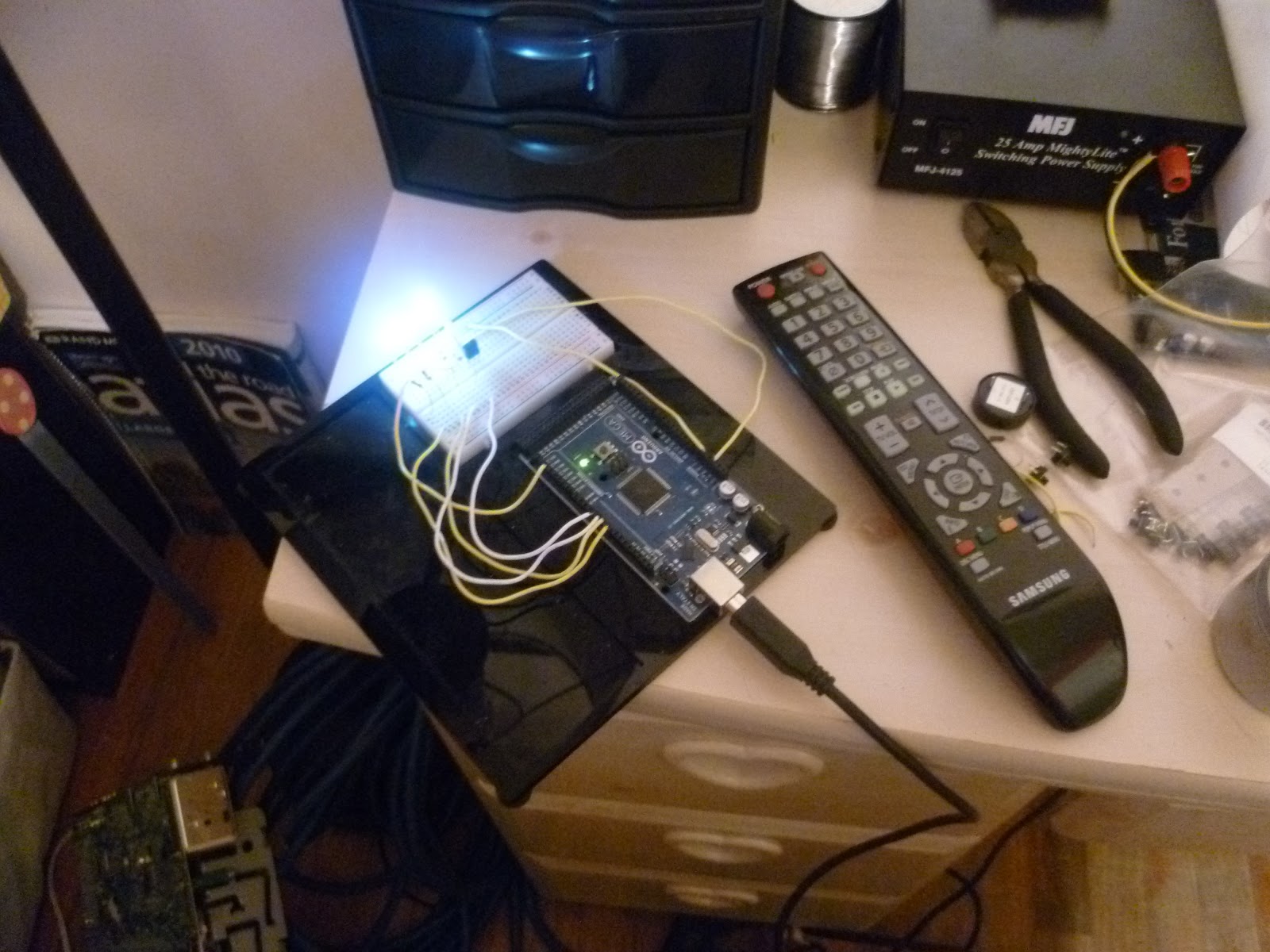 This is a good example of hacking devices with Arduino. [sspence65] has put on oa good tutorial to start from something easy and simple: IR hack.

Capturing codes from any tv remote, and using them to control devices attached to Arduino Outputs. Press a button on a TV Remote, and the code appears in the serial monitor, Add that code to the case/switch statements in the sketch to control an output pin.

On the [website] there is the full explanation and code to build the same experience, but nothing prevent you to implement a custom way for your IR devices.

As seen in the picture there is an Arduino Uno with a protoshield on top with an IR receiver and IR LED. I undertook this project to learn how we used infra red light to control everyday devices and why it was used so often. I found that the process behind it is actually quite simple and I now have a better understanding of what is happening in the invisible infra red world. The basis of the code was taken from adafruit as this is where I mainly learnt how it all worked.

[V0R73X], who is 17  has been working on a project, to build A robotic arm. This project started out as a challenge put forward from one of his school teachers to build a robotic arm for $200.  [VoR73X] accepted, and the challenge began.

He came up with a robotic arm that can be controlled from his mobile phone and other bluetooth enabled devices. He also designed it so that he can control it from the infrared remote control of an old tv set. [VoR73X] decided to kept the design simple, to make it easy for others to build.  [VoR73X] has shared the code and a step by step process of how to build in the hopes that others would also like to take up the challenge.  Watch the video after the break for further details on his project.