Machine learning for the maker community 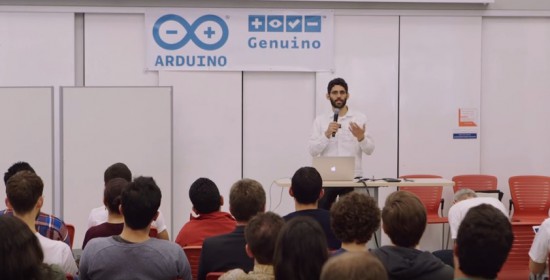 At Arduino Day, I talked about a project I and my collaborators have been working on to bring machine learning to the maker community. Machine learning is a technique for teaching software to recognize patterns using data, e.g. for recognizing spam emails or recommending related products. Our ESP (Example-based Sensor Predictions) software recognizes patterns in real-time sensor data, like gestures made with an accelerometer or sounds recorded by a microphone. The machine learning algorithms that power this pattern recognition are specified in Arduino-like code, while the recording and tuning of example sensor data is done in an interactive graphical interface. We’re working on building up a library of code examples for different applications so that Arduino users can easily apply machine learning to a broad range of problems.

The project is a part of my research at the University of California, Berkeley and is being done in collaboration with Ben Zhang, Audrey Leung, and my advisor Björn Hartmann. We’re building on the Gesture Recognition Toolkit (GRT) and openFrameworks. The software is still rough (and Mac only for now) but we’d welcome your feedback. Installations instructions are on our GitHub project page. Please report issues on GitHub.

Our project is part of a broader wave of projects aimed at helping electronics hobbyists make more sophisticated use of sensors in their interactive projects. Also building on the GRT is ml-lib, a machine learning toolkit for Max and Pure Data. Another project in a similar vein is the Wekinator, which is featured in a free online course on machine learning for musicians and artists. Rebecca Fiebrink, the creator of Wekinator, recently participated in a panel on machine learning in the arts and taught a workshop (with Phoenix Perry) at Resonate ’16. For non-real time applications, many people use scikit-learn, a set of Python tools. There’s also a wide range of related research from the academic community, which we survey on our project wiki.

If you’d like to start experimenting with machine learning and sensors, an excellent place to get started is the built-in accelerometer and gyroscope on the Arduino or Genuino 101. With our ESP system, you can use these sensors to detect gestures and incorporate them into your interactive projects! 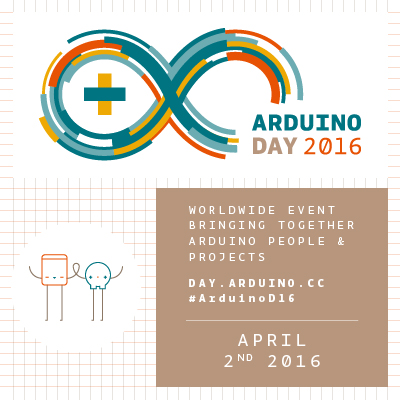 Join us for the Arduino Day event organized by our team at the Jacobs Institute on the campus of the University of California, Berkeley with the participation of Massimo Banzi, David Mellis and Tom Igoe.

We are seeking volunteers to assist us during the event. We are going to have free workshops, talks by the founders, and art and tech displays.

We are looking for volunteer assistance during the event e.g. staffing information tables and displays, bringing a project to demo, helping during workshops, picking up coffee & lunch, and providing technical assistance. This is not a paid gig, but to show our appreciation that you are spending your time with us, Arduino has prepared a small gift for you.

We welcome all levels of skills and curiosity. More important than your technical skills are your people skills. Please provide us with basic information about yourself and your interests. Use the appropriate form depending on whether you have volunteered with us in the past:

First time volunteers? Please fill out this form. If you have volunteered for Arduino before, please contact us at arduinovolunteer [at] gmail.com.

We also have two paid positions: one for a two-person video camera crew and the other for a photographer. To apply, please fill out this form. 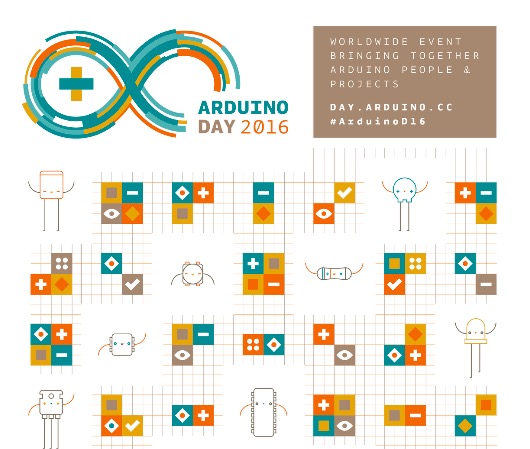 Arduino Day’s events’ map is updating constantly with new events created by local communities worldwide. The participation is open to anyone who wants to celebrate Arduino, Genuino and all the amazing things that have been done (or can be done!) with them and the community of open source enthusiasts. The call for submission is now extended and open until March 15th! We’ve already received 280 submissions from more than 55 countries! Celebrate with us and add your local event  now on day.arduino.cc.

If you want to attend one of the events near your town,  check the map on the Arduino Day website and remember that this year we are also celebrating Genuino, Arduino’s sister brand for products sold outside of USA. US-based events will be called ’Arduino Day’, while events based outside the US will be called ’Genuino Day’.

Some days ago Massimo Banzi and his team announced that the third edition of Arduino Day organized directly by the Arduino team will take place on Saturday April 2nd 2016 in Berkeley (CA) at Jacobs Institute for Design Innovation, University of California with Massimo Banzi, Tom Igoe and David Mellis.

“We’re really excited to express our love for open source – said Massimo Banzi, CEO at Arduino – in a day of celebration of our amazing community of makers, developers and partners. 6 million downloads of the Arduino Development Environment in the last year alone show the sheer size of our community.”

This is the draft agenda of the event (registration form coming soon):

“I’m also excited” – said David Mellis, Arduino co-founder – “to hold an Arduino Day at UC Berkeley’s Jacobs Institute because they both represent a playful and innovative approach to design and engineering. I’m looking forward to seeing all the amazing things that people here at Berkeley have been building with Arduino. I’m also hoping that Arduino Day will be a chance to connect makers on campus with those in the broader community.”

David Cuartielles will be in Mexico City to take part to Genuino Day organized by Hacedores at Centro de Cultura Digital in Mexico City.

Share your pictures, comments and news on your social channels using Hashtag: #ArduinoD16