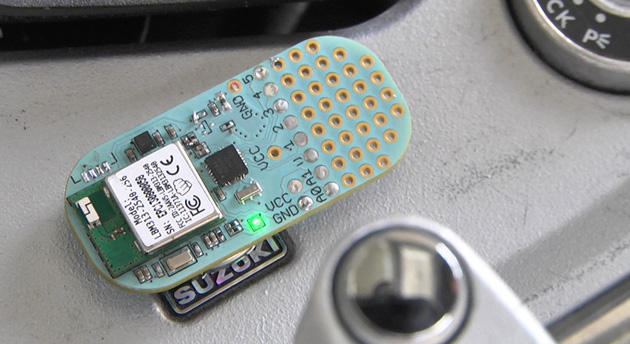 You'll have to plug in a typical Arduino-compatible board at some point in its life, whether it's to add code or just to supply power. Not Punch Through Design's upcoming Cortado, however. The tiny device centers on a custom Bluetooth 4.0 LE module that both enables wireless programming (including through mobile apps) and helps the board last for more than a year on a replaceable watch battery. In fact, the Cortado will already be powered up when you get it -- you can start coding before you've opened the shipping box. It should also be relatively flexible for its size with a built-in accelerometer and the ability to serve as an Apple iBeacon transmitter. Punch Through is crowdfunding the board with hopes of shipping its first units in May. If you're interested, you can pledge $18 to pre-order a Cortado; there's also a helpful promo video after the break.