The GuitarBot will strum you a song 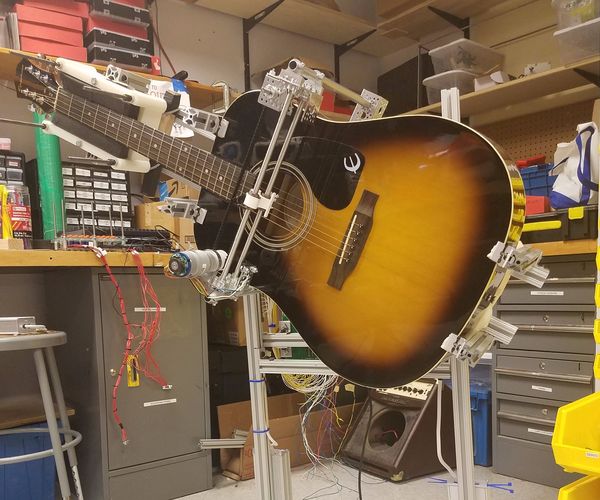 While many Makers have musical skill, others attempt to compensate for their lack of it by producing automatic instruments that play themselves. One such attempt started in 2015 as a collaborative project between three University of Delaware professors as part of an initiative known as “Artgineering.” This was meant to “create a public spectacle… to demonstrate that engineering and art can work together harmoniously.”

Although many would consider engineering to be an art in itself, if you’d like to create your own robotic band, this Instructables write-up for the GuitarBot is a great place to start. 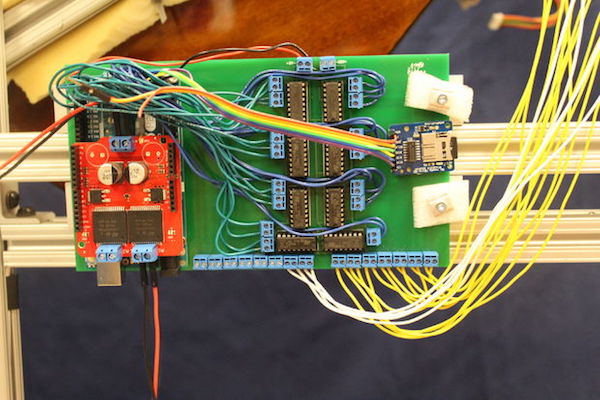 The guitar-playing robot is comprised of three major components: the brains, a strummer, and a chord mechanism. An Arduino Mega, a specially-ordered PCB and several shields are used for control, and a series of solenoids press down frets as needed. Finally, strumming is handled by a pick that is pulled by a DC motor and belt assembly, all of which is held up by an aluminum frame.