For Connor Russomanno and Joel Murphy, designing a brain-computer interface is not the stuff of science fiction, it is their day job. 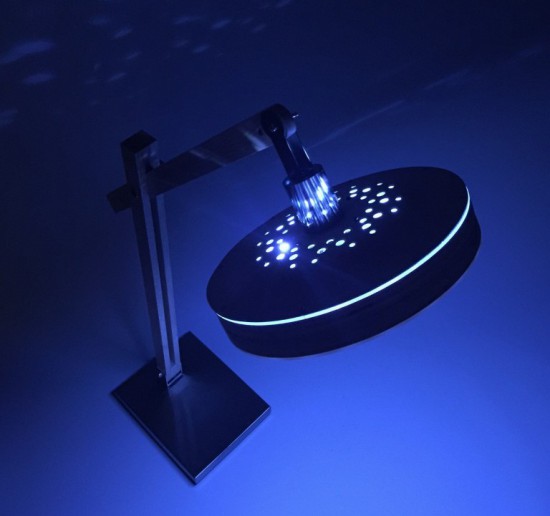 Clara is a smart lamp able to respond to your brain waves and subtly adjust your environment. The project, running on Arduino Uno, was created by  Marcelo Mejía Cobo, Belen Tenorio, and Josh Sucher for a class at the School of Visual Arts in NYC (US). 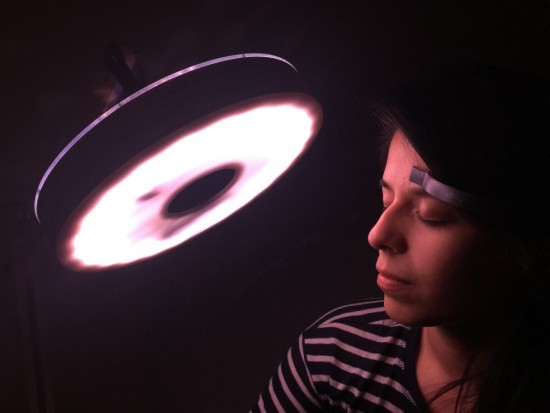 The team worked with the Neurosky MindWave Mobile, a Bluetooth EEG-reading headset in order to wirelessly detect “attention” and map the lamp’s color temperature and speaker volume accordingly:

At first, the lamp emits a warm, comforting glow, conducive to idea generation and creativity. But as you start homing in on a specific idea, the light becomes crisper and cooler, and the volume of the ambient noise flowing from the embedded speaker slowly increases, enhancing your ability to concentrate and block out external distractions.

In the picture below you can see the inside of the lamp with the Arduino Uno and Adafruit Music Maker shield: 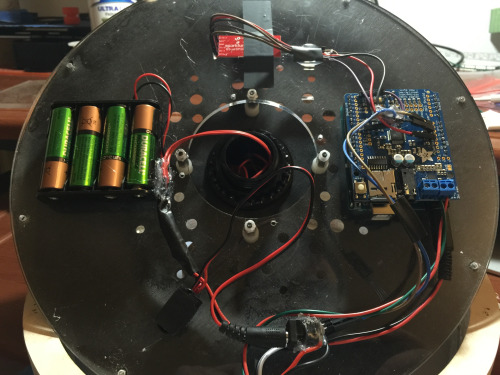 Explore the Arduino Sketch on Github.

Use the Force, Luke…to Turn Off Your TV

Have you ever wanted to turn on or off your TV just by thinking about it? We love this hack mainly because it uses an old Star Wars Force Trainer game. You can still buy them for about $40-$80 USD online. This cool little toy was introduced in 2009 and uses a headset with electrodes, and an electroencephalography (EEG) chip. It transmits the EEG data to control a fan that blows air into a tube to “levitate” a ball, all the while being coached on by the voice of Yoda. (Geesh! Kids these days have the best toys!)

[Tinkernut] started by cracking open the headset, where he found the EEG chip made by a company called NeuroSky (talk about a frightening sounding company name). The PCB designer was kind enough to label the Tx/Rx pins on the board, so hooking it up to an Arduino was a snap. After scavenging an IR LED and receiver from an old VCR, the hardware was just about done. After a bit of coding, you can now control your TV by using the force! (Ok, by ‘force’ I mean brainwaves.)  Video after the break.

Note: [Tinkernut’s] blog page should have more information available soon. In the meantime if you can find his Arduino Brain Library on github.

This isn’t the first EEG to TV interface we’ve featured. Way back in 2010 we featured a project that used an Emotiv EPOC EEG headset to turn on and off a TV. But at $400 for the headset, it was a little too expensive for the average Jedi.

New Project: Make an EEG Beanie That Reads Your Mind

Time required: A weekend Cost: $100 — $130 Ever wanted to visualize your brain activity? Electroencephalography (EEG) uses electrodes placed against the scalp to detect the tiny electrical changes that occur when neurons fire. By amplifying these signals through a computer, you can observe brain activity in real-time. Using an […]