Arduino's new 3D printer lets you modify just about everything 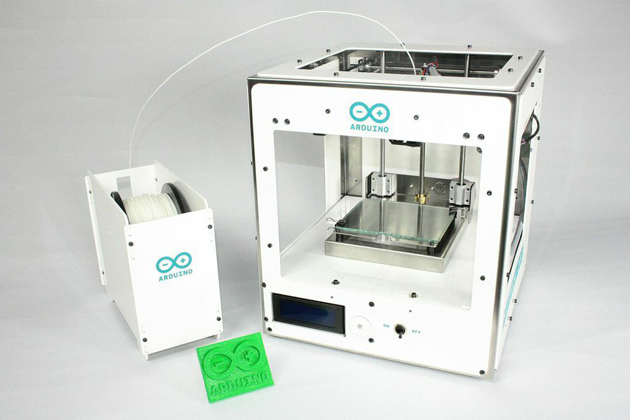 If you're a fan of Arduino's tinker-friendly approach to computing, you'll be glad to hear that it's now extending that open philosophy to 3D printers. The company has teamed up with Sharebot to unveil the Materia 101, a small (5.5 inches by 4 inches) printer that's built to be both friendly to beginners and very accessible. You can modify the code on the underlying Arduino Mega mini-PC, of course, but you also have access to the full schematics of the printer -- you can upgrade it or even make your own, if you have the know-how and parts. Arduino hasn't said when it plans to ship the Materia, but it'll be available both as a build-it-yourself kit (priced under $800) and fully assembled (under $1,000).

Between old Paro the robo seal and the original iteration of Keepon, we've seen plenty of adorable robots designed for therapeutic purposes. Romibo's creators have no qualms admitting that their own creation is following in those cuddly footsteps, but what sets their furry 'bot apart from much of the competition is a focus on (relative) affordability. For starters, there's the fact that Romibo is being offered up as an open-source project online, letting do-it-yourselfers build their own versions and contribute custom designs.

The company's also hoping families will get into the act, making sure that Romibo is "able to be assembled by a neurotypical child 10+ and a parent" -- and then there are the plans to offer up workshops to let folks build robots to be donated to special needs facilities. Once built, Romibo can drive around, blink its eyes, speak and move its antennae. Crack it open and you'll find WiFi, bluetooth, light sensors, an IR Proximity sensor, accelerometers and a big 'ole Arduino Mega. There's a certain amount of autonomous functionality (watch in the video below as Romibo's handler warns about it driving off the edge of the table), or you can control the robot via an iPad app. You can also use an SD card to help teach it some new words.

Artist Blair Neal, as many other great creators have before him, turned to children's toys as the source of inspiration for his latest project. Crayolascope is a rudimentary 3D display hacked together from several Glow Books, a light-up play on a flip-book from the titular company. The installation, currently housed at the New York Hall of Science in Flushing, layers 12 of its component clear plastic sheets to create a roughly one-foot deep display that plays a simple pre-drawn animation. The whole thing is controlled by an Arduino Mega, that can either play back the neon scribbles at varying speeds (controlled by a knob built into the console) or scrub through frame by frame. Neal isn't quite done tweaking the Crayolascope either. As it stands he's limited to between 14 and 18 frames, before it becomes too difficult to see through the sheets. And it requires near total darkness for optimal operation. To see it in action check out the video after the break.

Crayolascope hacks toys into foot-thick 3D display originally appeared on Engadget on Mon, 25 Jun 2012 16:59:00 EST. Please see our terms for use of feeds.