The new Arduino SIM offers the simplest path to cellular IoT device development in an environment familiar to millions. The cellular service, provided by Arm Pelion Connectivity Management, has a global roaming profile; meaning a single Arduino SIM can be used in over 100 countries worldwide with one simple data plan.

*The monthly Arduino SIM plan is currently only available to U.S. residents

By partnering with Arm Pelion Connectivity Management, the cellular service has a solid foundation for users needing to scale form a single to large numbers of devices in the future.

At launch, the Arduino SIM will allow users to send data into the Arduino IoT Cloud, while later in the year they will also be able to use the Arduino SIM to connect to the Internet via a combination of webhooks and APIs.

Arduino SIM is initially rolling out with support for the Arduino MKR GSM 1400 (3G with 2G fallback) – a 32-bit Arduino board supporting TLS and X.509 certificate-based authentication through an on-board secure element and crypto-accelerator. Arduino IoT Cloud makes it possible for anyone to connect to these boards securely without any coding required, but they are still programmable using open-source libraries and the traditional Arduino IDE.

Now available to pre-order from the Arduino U.S. Store! 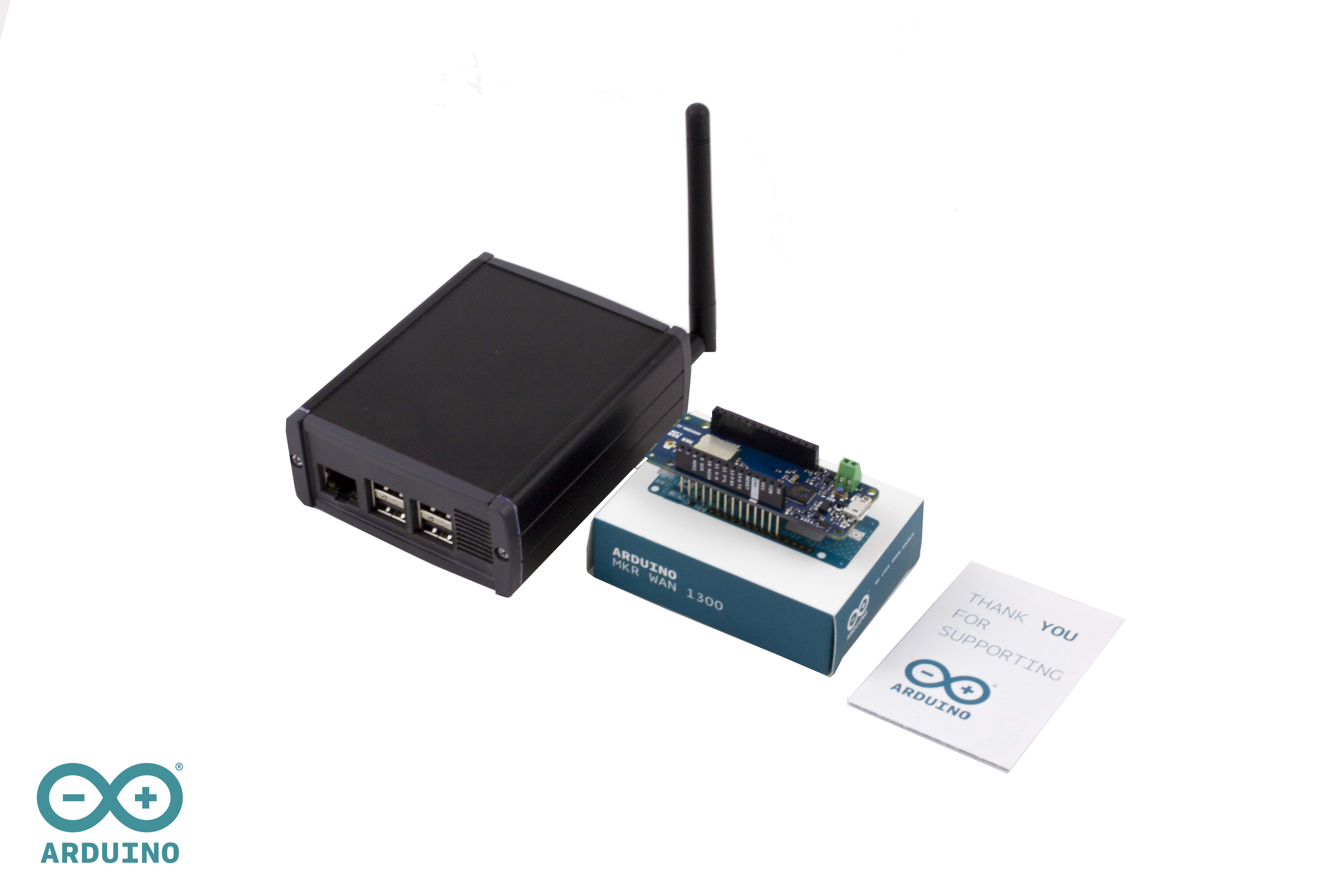 We are very happy to announce the Arduino PRO Gateway for LoRa!

The gateway can be used globally and enables multiple channel management. By supporting advanced features like Listen Before Talk (LBT), it allows users to transmit at higher power on the first free channel, achieving longer ranges than conventional gateways for LoRa.

Arduino continues its mission of making complex technology easy enough for anyone to use. Customers of the Arduino PRO Gateway will be given exclusive beta access to the Arduino IoT Cloud, which makes installation, provisioning and remote management of the gateway incredibly simple through the popular Arduino Create cloud platform.

The gateway features the advanced Embit EMB-LR1301-mPCIe module, hosted by a Raspberry Pi 3 B+ SBC, in a rugged aluminum enclosure. The gateway comes pre-installed with an optimized packet forwarder and a carrier grade Network server for LoRa WAN that is running on the Arduino Cloud provided by A2A Smart City (part of the A2A Group). 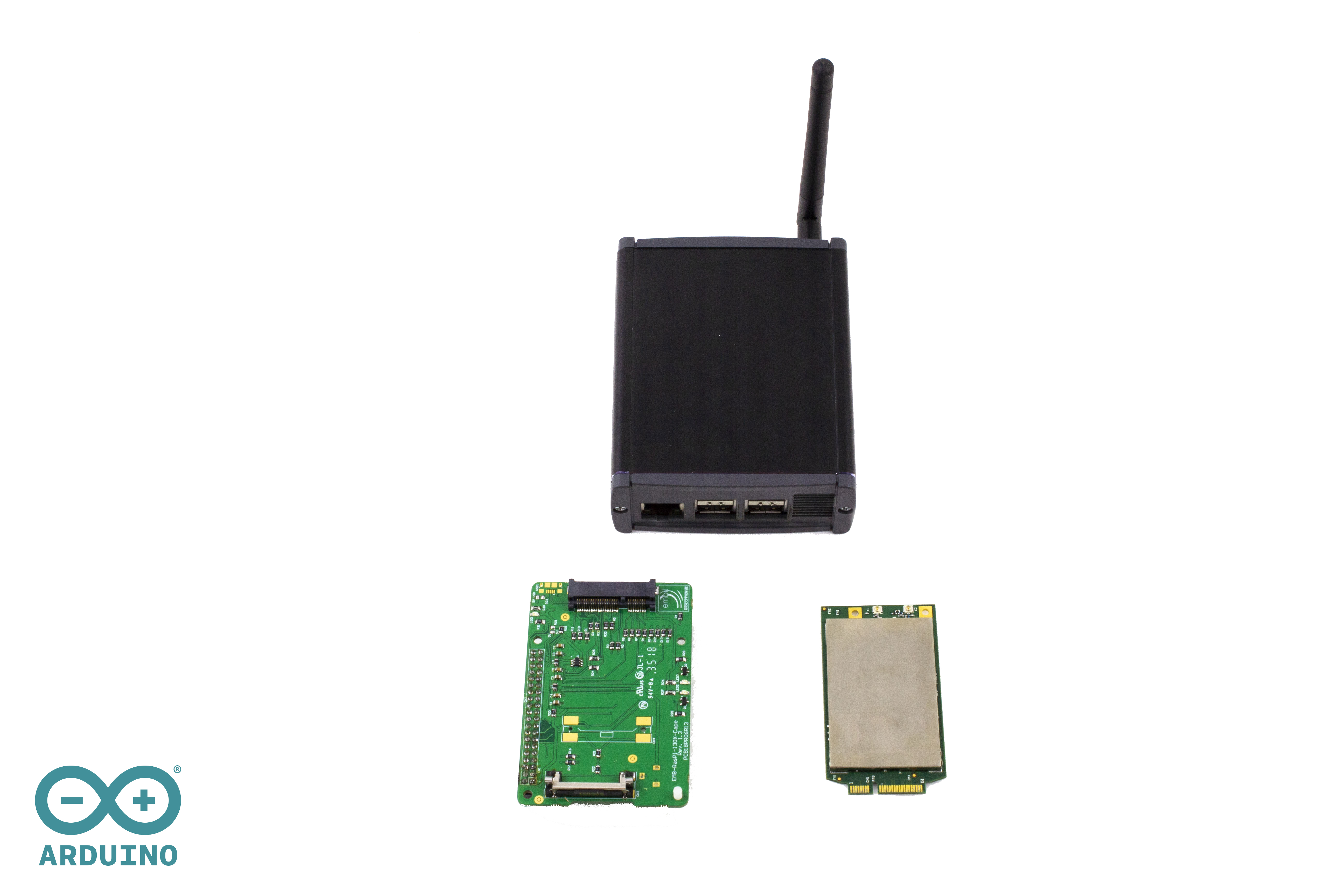 The Arduino Pro Gateway for LoRa (868 MHz , EU version) can be pre-ordered from the Arduino Store.

If you’re at all into medical hacks, you’ve doubtless noticed that the medical industry provides us with all manner of shiny toys to play with. Case in point is a heart-monitoring IC that’s so brand new, it’s not even available in all of the usual distributors yet. [Ashwin], who runs a small prototyping-supplies company, ProtoCentral, has been playing around with the new MAX30003 ECG chip, and the results look great.

The punchline is that the four-to-five dollar chip does everything for you, including analog filtering, wander removal, and even detecting the pulse rate. Using the chip is simple: you plug in two electrodes on one end, and you get the waveform data out over SPI on the other, with little or no work to do on the microprocessor side. The Arduino in the examples is just passing the SPI data straight to the laptop, with no processing going on at all.

[Ashwin] is selling these as breakout boards, but everything is open source, from the hardware to the GUI, so check it out if you’re interested in building your own. In particular, the circuit is just a voltage regulator and five volt level shifter.

Everything we know about electrocardiography projects, we learned from this presentation, and it looks like the devil is in the (many) details, so it’s nice to offload them to custom silicon whenever possible. We just think it’s awesome that we can scoop up some of the giant medical industry’s crumbs to play around with.

Arduino 1.5: support for the Due and other processors, easier library installation, simplified board menu, etc.

The new Arduino 1.5 software brings a number of improvements, some in support of the new Arduino Due board and others to make it easier to install libraries and to simplify the boards menu. While these new features should work well, we expect to get lots of feedback and to iterate on them in future releases of the Arduino software. That also applies to the new (experimental) libraries for the Due, which add features like USB Host, audio playback, and cooperative scheduling. In the short-term, if you’re not using the Due, you might want to stick with the current 1.0.x (AVR-only) releases of the Arduino software; Arduino 1.0.2 will be out shortly. In the long-term, though, we’re going to be basing the Arduino software on the Arduino 1.5 code. Here’s an overview of the improvements and changes it contains.

While the interface for compiling and uploading sketches remains the same, we’ve made some significant changes under the hood in order to support the new 32-bit, Atmel SAM3X ARM processor on the Due. The new Arduino environment (IDE) can now be configured to target multiple processor architectures, each with its own toolchain and compilation process. To support a new processor family, the core language and libraries need to be ported (as we’ve done for the Due) and some configuration files edited to specify the commands for compilation and uploading. We’ve focused on ensuring that this new system works seamlessly for the Due and our existing AVR-based boards, but with some tweaks and improvements, we imagine that it will allow the Arduino environment to work with many, many more microcontrollers. We’ll be posting more details of this new system soon but, for now, you can look at the “avr” and “sam” directories in the Arduino software for an idea of how it works.

Arduino 1.5 makes it easier to install libraries. We’ve added a new “Add Library…” menu item (inside of “Sketch > Import Library…”) that prompts you select a library zip file or folder on your computer. It then copies it to your sketchbook folder and adds it to the list of installed libraries. You can still install libraries manually but this is a simpler alternative.

We want to hear your feedback about Arduino 1.5 and its new features. For general suggestions and discussion, you can post on the Arduino forum. If you find a bug, please add it to the Google Code issues list. If you’d like to get more deeply involved in the development of the Arduino software, subscribe to the developers mailing list. We’re planning to iterate on the software and its features, so look for Arduino 1.5.1 and other releases to come soon.

Finally, I want to talk about the people who have made this release possible. Cristian Maglie has led the development of the Arduino 1.5 software and has done an incredible job. In the last few weeks, Cristian and I have been ably assisted by Federico Fissore, a Java developer also based in Italy who’s banged out a number of features. The multiple-platform code in Arduino 1.5 was initially based on work by Rick Anderson. And, again, the Due itself is the product of work by a number of additional people, as mentioned in our previous post about the board. Thanks to everyone!

Arduino Due is finally here This board is based on a powerful 32bit CortexM3 ARM microcontroller made programmable through the familiar Arduino API and its development environment. It’s an important step forward for Arduino as it increases the computing power available to Arduino users keeping the language as compatible as possible so that many programs will be migrated in a matter of minutes.

You can read all about the geeky details on the Arduino Due product page.

There are some things to be considered while approaching this new platform:

I hope you’re all excited about this new product like we are and will join us in learning how to make the best of this new powerful product we have made available.

Take a look at this:

It LOOKS like an Arduino (but its not). Same basic Arduino feature set. (add a power switch and a little more neat stuff)

(It looks one HECK of a lot like P-BASIC (STAMP 2) but has more commands and floating point.)

The editor can be downloaded and looks nice, but nothing special.

The manual looks nice and well organized and is BIG, but again is nothing special.

Change is good! And a new style of clothing always helps! SO here we are with a sexy new packages for the new Arduinos. View and enjoy! If someone can help me out then I will write a tip/walkthough on this subject.

Quite often DAGU products use the ATmega168 MCU rather than the ATmega328 because they are a bit cheaper and 16K of program memory is often enough.