Inspired by this article, MikeM added the "Close enough" mode to the functionality of Wise Clock 4.
This new "face" is accessed by pressing the "Set" (middle) button inside the application "BIG".
The time is shown as an approximation, with the hours as an explicit number, the minutes filling the circle of  a 60-minutes clock and the passing seconds represented by a moving red dot on the bottom line. Thus, one can tell time with a 5-minutes "precision" at a very quick glance.

I will soon publish a new software release that will include this mode. It will also include some other changes I've done recently: 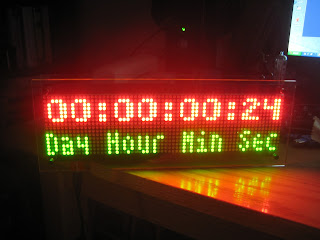 Below is a clip of the countdown in action. The bottom line can show (subject to code change) either the current time (HH:MM::SS) or a static line as in the photo above.


For comparison, this is how the countdown looks on the single-display Wise Clock 4. 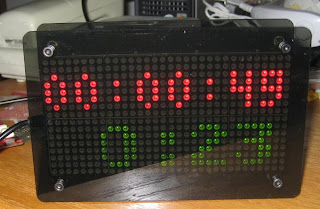