Arduino Wars: Genuino vs the Phantom Arduino and the Clones 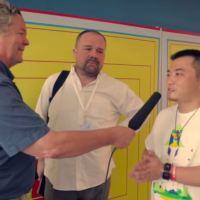 The biggest news coming out of Maker Faire Shenzhen, outside the size and intensity of the event itself, was the announcement made by Massimo Banzi that Arduino boards using the name Genuino will be made in China by Seeed Studio. There have been plenty of Arduino clones made in China that closely […]

The post Arduino Wars: Genuino vs the Phantom Arduino and the Clones appeared first on Make: DIY Projects, How-Tos, Electronics, Crafts and Ideas for Makers.